I wanted to run tests with PHPUnit on a docker environment, which was set up with docker-compose, and use the PhpStorm integration. Since PhpStorm 2013.2 there is a docker intergration which works well for single containers, but unfortunately it does not seem to use the running network of containers. So for example my PHP container does not get access to the MySQL container for integration tests.

If that’s not a problem for you, you will not need what I am going to explain here, read this instead: https://blog.jetbrains.com/phpstorm/2016/11/docker-remote-interpreters/ 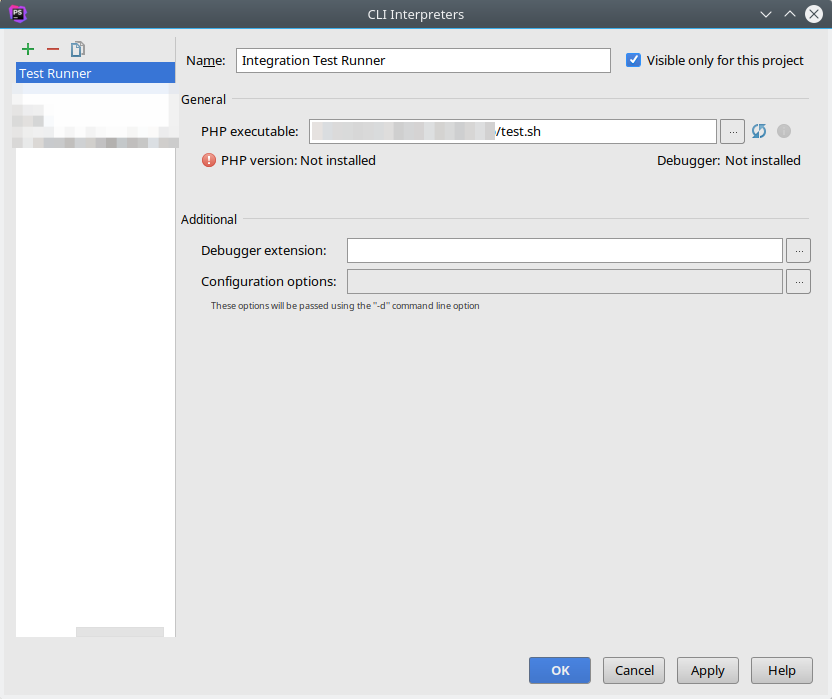 The interpreter is actually a shell script that runs PHP in my container using docker-compose run. PhpStorm will not know that it runs in a container. I got the idea from this article and adapted it for docker-compose.

This is the test.sh script:

Where “integration” is the name of the container.

For me the “integration” container is defined like this in docker-compose.yml:

Yours will look different, whatever the needs of your PHP container are. But the two highlighted lines that are important for the PhpStorm integration:

Now when you run a test file, or a phpunit.xml configuration in PhpStorm, the path is passed to our fake interpreter (test.sh) and …

Cannot find PHPUnit in include path

This error caused me some headache. I finally found out that the test runner that is generated by PhpStorm looks for “../../vendor/autoload.php” or “../../../vendor/autoload.php” within the include path. I’m not sure why it works like this, it seems to assume that it is run with the directory of the “phpunit” executable as working directory. Since “.” is usually in the include path, it finds the correct composer autoloader from there. 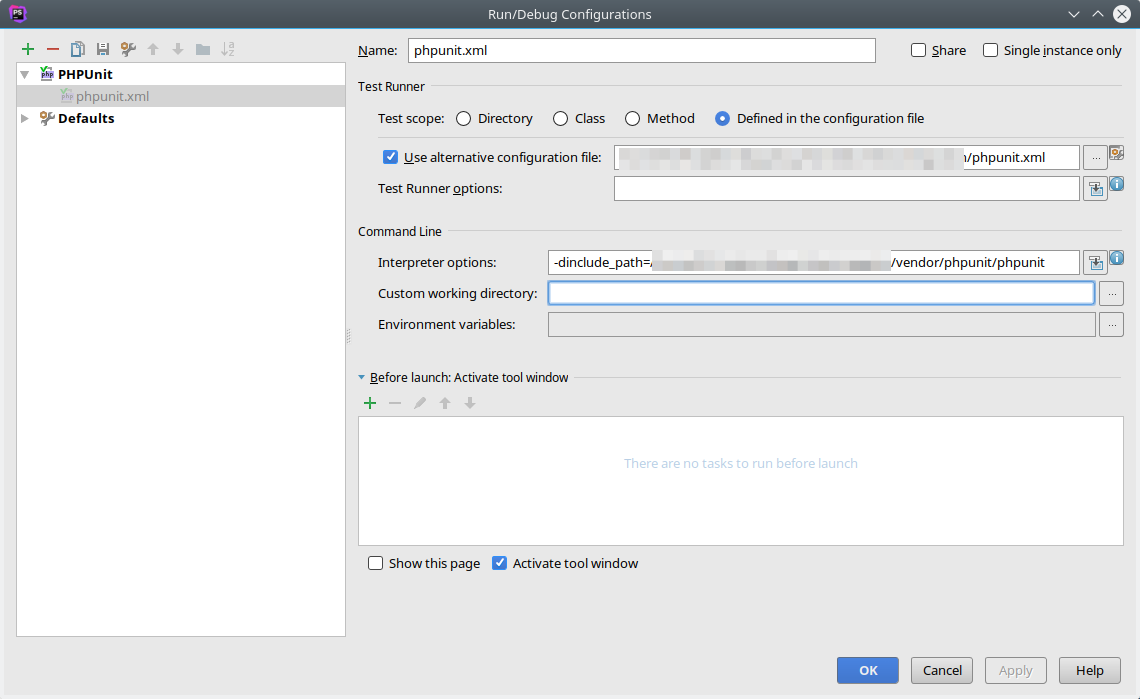 which results in this command being executed on the container:

If you mounted the paths correctly and the container is running, the tests will run on the container and PhpStorm “thinks” they run locally.

2 Replies to “PHPUnit, PhpStorm and docker-compose”

Set up KeePass with KeeAgent on Linux

When migrated my workstation to Linux, one important tool was the password manager. I use KeePass, so there are two...